The Upton 251 microphone is a condenser microphone based on the classic Telefunken Ela M 251 which was produced by AKG from around 1960 to 1965.  The original 251 is widely regarded to be one of the finest microphones ever made and is great for many recording applications. Our 251 utilizes our CK12 capsule, our T14 transformer as well as the original circuit design. Please contact us for more information. Have You Tried the World’s Most Popular Modern Tube Vocal Mic?

This is the world’s most popular modern tube vocal mic – heard on countless hits, voiceovers, and movie trailers for the last 30 years.

Have YOU used the Manley Reference Cardioid? Listen to the distinct voices of the Alchemy Microphone Series; the “Copperhead” sound of the TF29 and TF39, the “German” voiced TF47, and the “Austrian” voiced TF51. Compare the sonic characteristics of each voice on classic studio applications like drum overheads, guitar cabinets, and vocals.

TELEFUNKEN Elektroakustik has implemented numerous improvements sonically and mechanically to the Alchemy Microphone Series, tailored all the way down to the accessories. Boasting newly designed custom headgrilles for transparency and openness, hand-plugged circuit boards, and selected American and European vacuum tubes and transformers, no detail was left unaddressed. All systems ship in a sleek, compact, protective case for easy transport and storage. Included are two modern mount options, microphone dust cover, high-flex 7-meter cable, and an American-assembled power supply.

Like all TELEFUNKEN microphones, the Alchemy Microphone Series is assembled in the same American facility as the legendary Diamond Series (ELA M 251E, C12 and U47) by a small, dedicated team of engineers and technicians. Each microphone is individually tested and listened to. All critical components are quality controlled in-house before assembly, including capsule frequency sweeps, vacuum tube burn-in and noise grading. These high standards lead to extremely tight tolerances from microphone to microphone – something few in the industry can claim.

The ideal choice for discerning engineers, musicians, and producers. HEAR ALL THREE MANLEY MICS ON THE SAME SESSION!

Which Manley Reference Microphone is right for YOU?

People often ask us what the sonic differences are between our Reference Cardioid, Gold, and Silver tube microphones. In these three videos, you can hear each of them on both vocals and acoustic guitar, where the differences are clearly audible between the three mics. 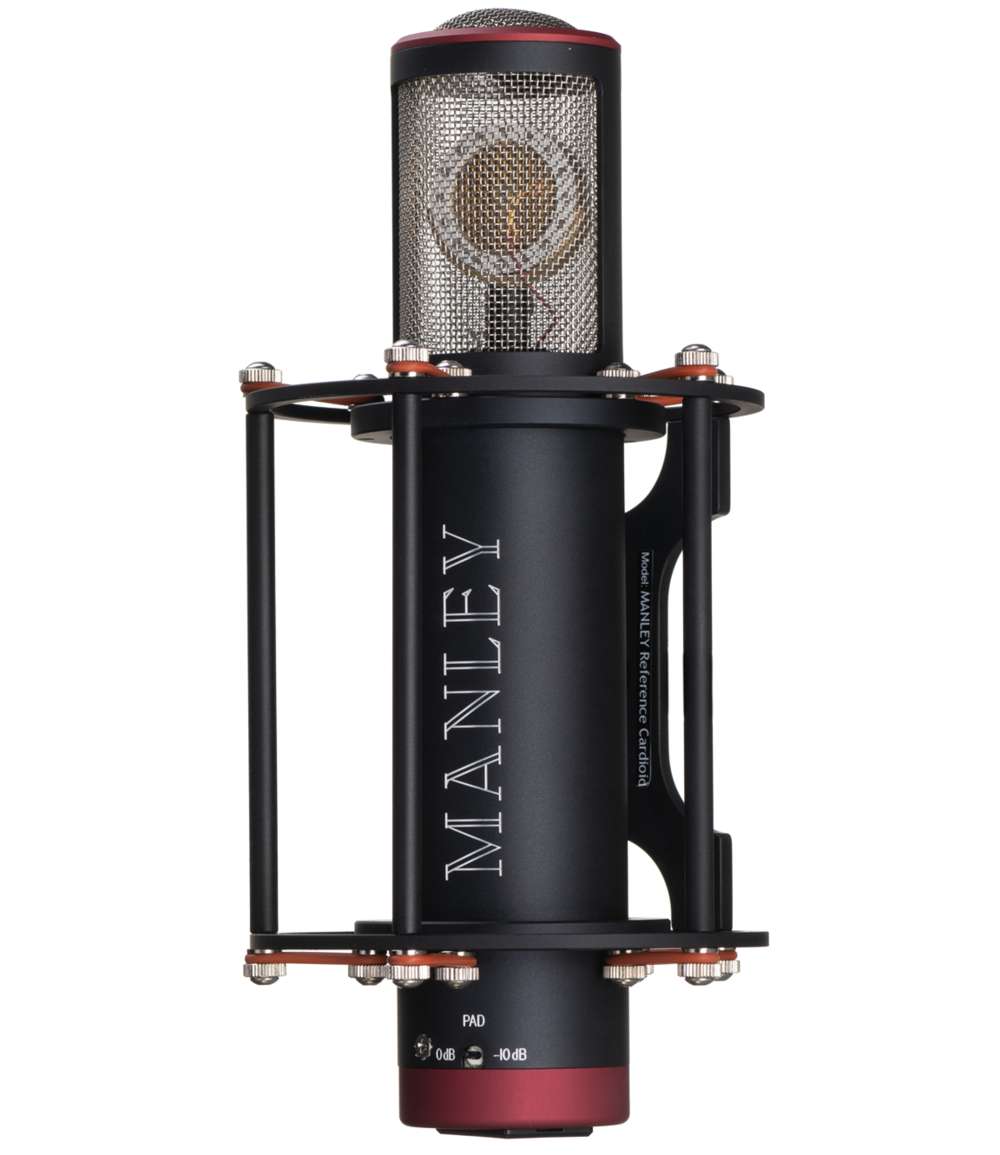 You’ll probably hear the Reference Cardioid as bright, present, and “larger than life”. This mic is often used for a very forward, immediate sound: pop vocals and voiceover work really shine with this mic, making it our best-selling product, and the world’s #1 modern tube vocal mic. 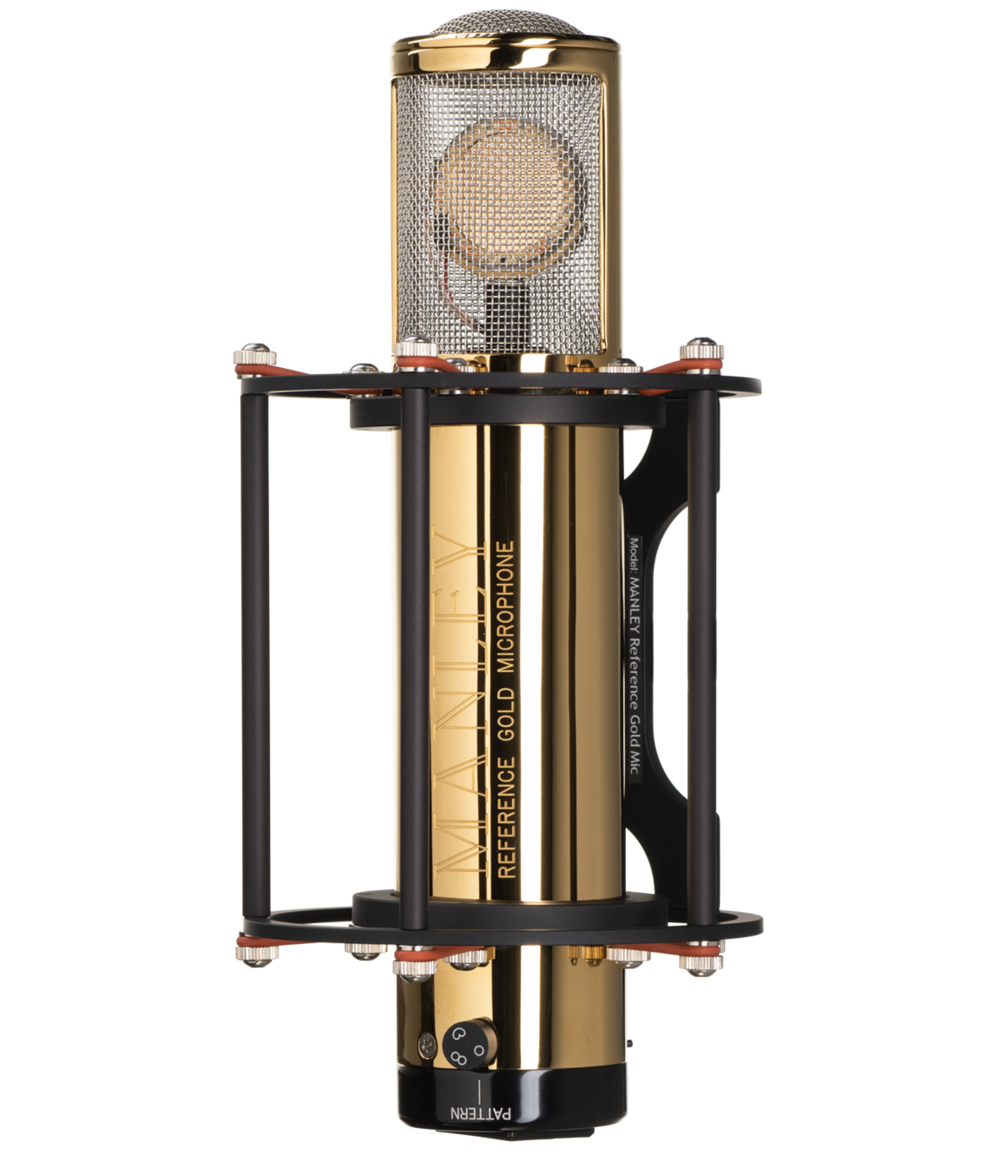 The Reference Gold is much more flat and natural, capturing heaps of sonic detail without tonal exaggeration. If you’ve got the perfect source in the perfect room, and you want true realism with a touch of class, the Gold mic is definitely the way to go. 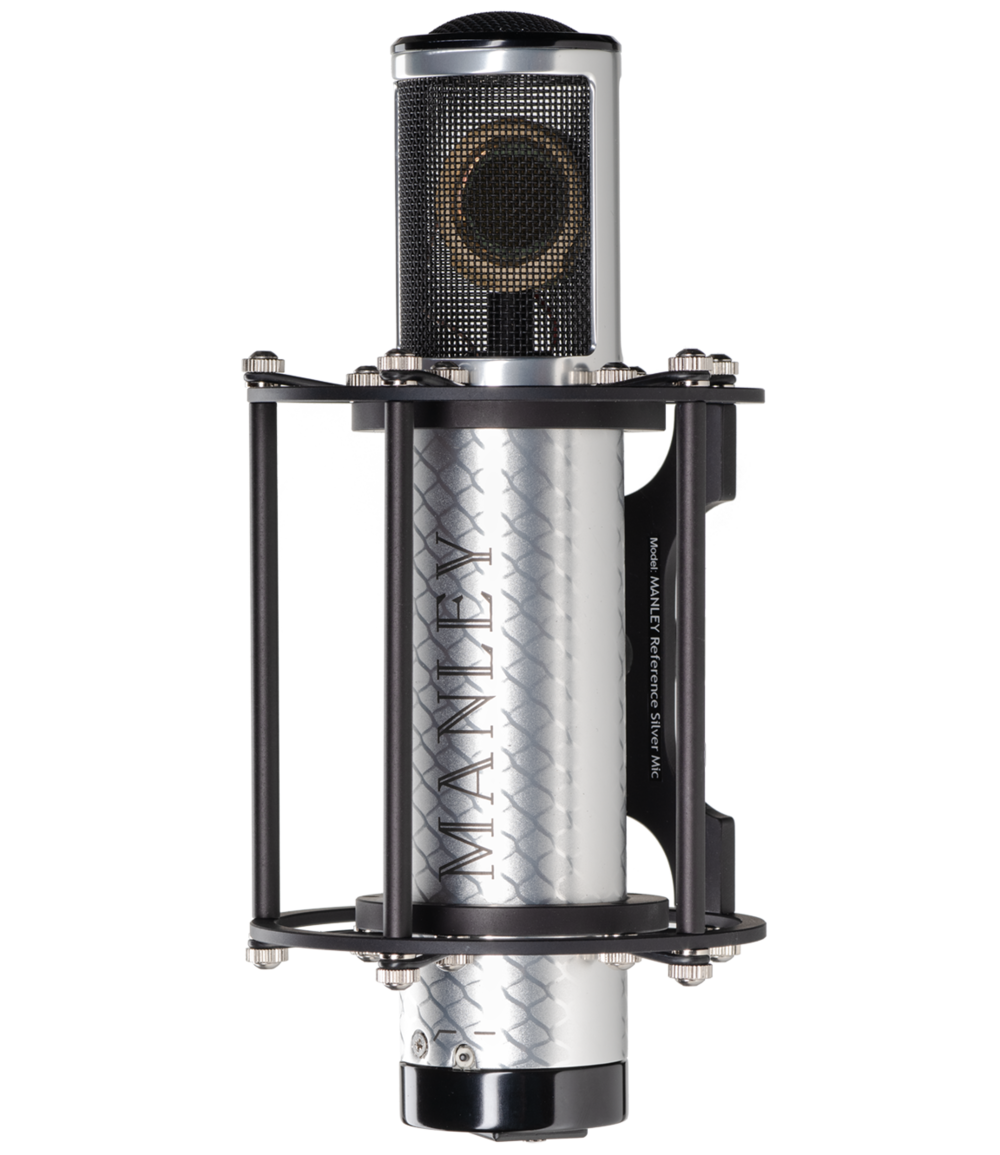 Finally, the Reference Silver has a smooth, rich, buttery sound with a nicely rounded tonality that works perfectly for singer-songwriter material. Note: for this particular singer and this particular guitar, it would be our first choice of these three mics.

The track is ‘NightSweats’, performed by Chris Holloway with his 1946 Gibson J-45 recorded through a Rupert Neve Designs Shelford Channel mic preamp, with no EQ or compression applied
Categories: Microphones, Product News The Reference Cardioid tube vocal mic has been heard everywhere from Don LaFontaine’s famous movie trailers to classic singers like Etta James to chart-topping hits from artists like Britney Spears, Katy Perry, Panic! at the Disco and Avril Lavigne since its introduction in 1990. Nashville, TN (April 10, 2019)—A highlight on country act Old Dominion’s current arena tour has been the performance of a new song, “One Man Band,” with the moment underlined by the group using an Edwina vocal microphone from boutique mic manufacturer Ear Trumpet Labs.

The large-diaphragm condenser Edwina model was selected for the quieter moment in an otherwise high-energy set, as lead vocalist Matthew Ramsey is joined by lead guitarist Brad Tursi to share the Edwina microphone for vocal harmonies.

FOH engineer Ian Zorbaugh noted, “The show designer came to me looking for a ‘vibey’ microphone for two of our vocalists to sing into together. I wanted to give the designer a look he liked, while also achieving a sound quality that I was happy with. I’d heard great things about the sonics of all of the Ear Trumpet products, and obviously, they have a very distinctive vibe. The Edwina sounds great; it has a very detailed, open sound while also being very stable. We use it at the end of a 40-foot thrust, well in front of the PA, so the stability was another key element in making this particular moment in our show a success.”

Lead singer Matthew Ramsey notes, “Playing a new song in our set comes with the risk of losing the full attention of our audience because they aren’t familiar with it. On top of that, it’s somewhat of a ballad. We wanted to make sure this song had its moment [so] when the light hits that microphone at the end of the stage, the crowd instantly knows something special is about to happen, Not only is it great sonically for catching the mix of Brad Tursi’s vocal and mine together, it just looks cool, too.” Jay Som is the featured band in one of our most unique AEA Sessions yet. Recorded entirely by the new supercardioid KU5A, Jay Som performs ‘Baybee’ from their 2017 album, ‘Everybody Works’. From the cozy comfort of a living room-turned-practice space, Jay Som demonstrates a playful, but precise chemistry.

The sharp directionality of the KU5A allows an entire band like Jay Som to record live and in close proximity without excessive bleed or room tone. It gives engineers and artists a unique combination of superb directionality and warm ribbon tonality in an active, road-ready form factor.