Spectrasonics has introduced Sonic Extensions, a new collection of add-ons for Omnisphere that add new sounds, features and effects.

Each Sonic Extension title focuses on a specific aesthetic, with new sounds, purpose-built custom controls and new effects units. The new effects can be used on anything within Omnisphere, including imported user audio and satellite instruments like Keyscape and Trilian.

“Sonic Extensions is something we’ve been working on over here for a long time,” notes stated Spectrasonics Founder and Creative Director Eric Persing. “All of the artisans who worked so hard on these new Sonic Extensions cannot wait to see what our users come up with when they start exploring the new possibilities!” 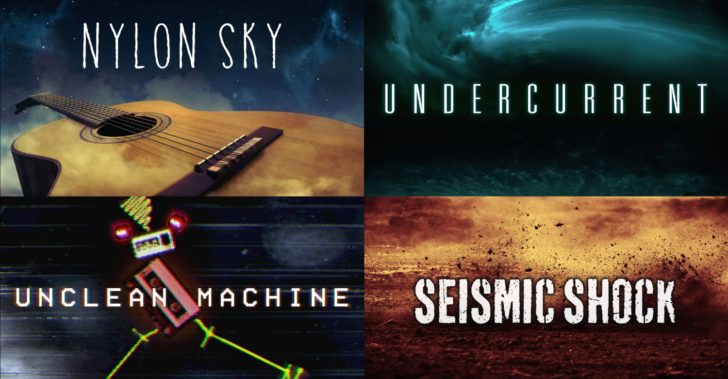 Spectrasonics describes each of the new Sonic Extensions as “its own sonic universe”. They feature advanced features like deep multisampling, multi-channel audio, round robins, special articulations and unique new soundsources and wavetables.

There are currently four Sonic Extensions:

The Spectrasonics software development team worked closely with each of the sound designers to allow them to create new purpose-built Custom Controls for Omnisphere.

Each Sonic Extension patch has a set of Custom Controls that have been specifically created and dialed in to give a wide range of powerful and musical results.

Another new feature introduced in Sonic Extensions, “Scenes” store snapshots of the Custom Control settings and give new sonic variations per patch.

Scenes can be user modified and they can also be selected via the left/right QWERTY arrow keys or via MIDI Learn for new ways of transforming a sound during playing.

Since Sonic Extensions are built by Spectrasonics, they can offer newly developed special features for Omnisphere that have never been available before. One example of this is the new Strum feature in the Arpeggiator and unique new Humanity and Life controls – which introduce human imperfections into the Arp pattern’s timing and dynamics.

These innovative new features in the Arpeggiator were developed to create extremely realistic and human sounding strumming patterns with Nylon Sky, but can also be applied to all sorts of patches in Omnisphere.